Originally from Honolulu, Hawaii, Lorenzo DeStefano is producer/director of the 2016 documentary feature,“Hearing is Believing” (www.rachelflowersfilm.com), about the multi-talented 22 year-old instrumentalist and composer Rachel Flowers. He is the writer-producer of “Serpentine“, an urban thriller set in India and London. DeStefano is producer/writer/director of “Hypergraphia” (www.hypergraphiafilm.com), based on “The Inman Diary”, published by Harvard University Press. He produced and directed “Los Zafiros / The Sapphires – Music From The Edge Of Time” (www.loszafirosfilm.com)an award-winning music feature about the Beatles of 1960s Cuba. DeStefano also produced, directed & edited the acclaimed PBS documentary “Talmage Farlow” (www.talfarlowfilm.com), a portrait of the great American jazz guitarist. He is a Director member of the Directors Guild of America and past member of the Motion Picture Editor’s Guild.

PLAYS include “Shipment Day”, the true story of Olivia Robello Breitha, a teenage girl diagnosed with leprosy in 1930s Honolulu (www.shipmentdayplay.com), “Providence”, is DeStefano’s stage adaptation of the screenplay by the late English dramatist David Mercer. “Camera Obscura” is a dramatization of The Inman Diary. Developed at Seattle Repertory Theatre, the play received its world premiere at the Almeida Theatre in London, both productions helmed by the celebrated English director Sir Jonathan Miller (www.cameraobscuraplay.com), “The Inman Diaries”, a chamber opera based on DeStefano’s play, received its world premiere in September 2007 at the Intermezzo Opera Company, Boston.

FILM EDITING includes “Dreamscape”, “That Championship Season”, “Girls Just Want To Have Fun”, “The Killing Time” and “Gingerale Afternoon”.   DeStefano was Supervising Film Editor and a Producer and Director for the 4 season run of “Life Goes On”, the ABC/Warner Brothers drama series starring Patti Lupone.

PHOTOGRAPHY – DeStefano’s first thematic series as a teenage street photographer in Honolulu was “REST HOMES – Hawai’i”.  He continued to freelance in California before switching his attention from still photography to film. He credits his journeys to Cuba starting in 1993 with reawakening the photographer in him. His traveling exhibition, “LA HORA MAGICA/THE MAGIC HOUR – Portraits of a Vanishing Cuba”, has been shown extensively in Cuba as well as in New York, Chicago, London, Havana, Los Angeles, and Vancouver. The entire photographic archive of DeStefano’s work in Cuba, “Cubanos-Island Portraits”, was acquired in 2016 by the MOLAA – The Museum of Latin American Art, in
Long Beach, California, for their Permanent Collection.

DeStefano is founder and director of  The Ventura Film Society, a California-based cinema cooperative bringing people together in the dark since 2008 (www.venturafilmsociety.com) 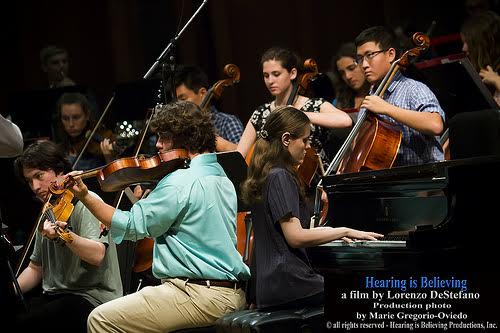